What does natural feeding mean? 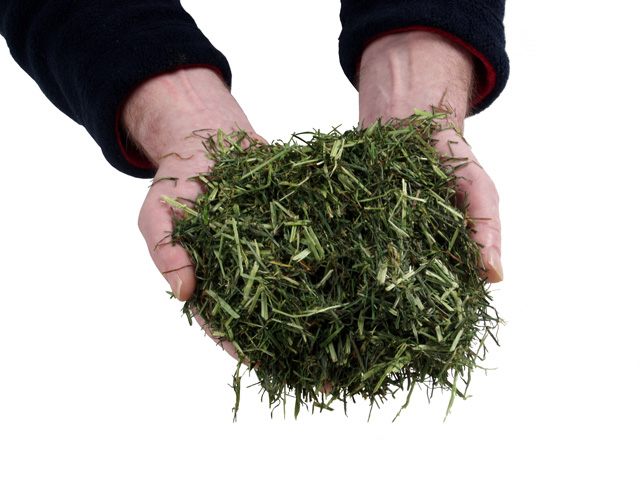 Horse feeds are filled with cheap  materials. For example, flax husks, oat tips, and soy hulls. These minimally digestible fibers have no added value for the horse, contain little or no nutrients and end up in more concentrate feed than necessary. These ballasts / fillers are used as a cheap alternative and often come as residual stream from the human food industry. More expensive feeds contain less filling / ballast substances. These feeds give a better yield so you need less concentrate.

If you feed naturally then the horse gets the nutrients that come from nature and therefore gets close to the needs of the horse. Certain feedstuffs are always eaten by horses. For example grass, herbs, roots of plants and bark of the tree. Grain is only recently offered to the horse. Horses that used to work a lot on the land had a high energy requirement and less time to eat. At that time, feeding grain was very efficient because of the high energy content. After recent studies have been done, it is not wise to continue to do so. Current pellets are much better in balance and no longer consist solely of simple ingredients such as oats. By adding a mix of different grains, the energy is better distributed over the performance. Oats, for example, have a relatively low starch content, but are easy to digest, so that the energy is released quickly. Oats also have a relatively high protein and fat content. The starch content in barley is much higher compared to oats but is digested more slowly and absorbed and supports the horse in the endurance.

Natural feeding also has to do with added pre-mixes in the synthesis of concentrates. The daily roughage ration is reasonably one-sided. Much grassland does not contain the diversity of grasses and herbs as it occurs in the wild. That is why pre-mixes are added to the concentrates, which help to reduce the shortages of vitamins, minerals and trace elements. Nutrients such as vitamins can be added synthetically and are then manufactured in the laboratory. Natural vitamins can also be added. Trace elements are also included in a pre-mix. Trace elements play a role in different metabolic processes and are crucial for optimal animal health and animal performance. Trace elements are minerals that the horse only needs a very small amount of. These building materials can only be absorbed via food. When trace elements are organically bound, the element is bound to, for example, an amino acid or a proteinate via covalent binding. This collaboration between the elements improves absorption via the intestinal wall and increases bioavailability. Trace elements are for example iron, iodine, copper, manganese and zinc.

Conditions such as dryness. Worldwide GMO is called Genetically Modified Organism. This is especially common in America. These genetically modified interventions are mainly found in maize, oilseed rape, sugar beet, soya. In Europe, only soy, corn and rapeseed oil are allowed. These new techniques sound very nice but nobody knows what the consequences of this manipulation are in the long term. By making the crops resistant to different plant protection products, more crops may be made. The crops can be resistant, but do the toxic and chemical agents given also end up in our feeds? That is why there is a lot of resistance against GMO materials.

Roughage as a basis in the ration

Naturally feeding is also related to management. How often does the horse get roughage per day? And how long are the times between the feeds?

In the wild a horse eats almost 16 hours a day, with shorter periods of fiber-rich material. In many continents where horses can live freely, the food is rather scarce, so that the horse can not eat large quantities at the same time. Because of the seasons it is normal for many horses that the horse arrives in the summer period and in that winter the reserves are lost because of the shortage of food.

A horse never lasted longer than 4 hours in a row. Heartburn in the stomach of the horse is produced throughout the day. Saliva is produced by eating structurally rich material such as hay. The saliva and roughage neutralize the gastric acid, preventing an unpleasant feeling in the stomach. Horses that get too little roughage or fast for too long have a much greater chance of stomach problems such as stomach ulcers. Bowel problems are also promoted with incorrect feed management. The fiber-rich material is extremely important for a well-functioning intestine. The fibers are converted into fatty acids in the colon by bacteria. These fatty acids are absorbed into the blood by the intestinal wall and function as the important energy source for the horse.

Do you also want to provide your horse with a more natural diet? We will give you some tips!

Hartog has redesigned the Hartog Concept herbal pellet. The 30-year-old and familiar Concept has been modernized and re-introduced. There are some, but essential changes of ingredients. The Concept herbal blend consists of pure grain, healthy sources of highly digestible protein and a pre-mix with organically bound trace elements.

The herbal blend promotes good intestinal flora, supports the immune system and has a positive influence on the general health. Hartog Concept supports the vitality and condition without the digestion being burdened by additives such as preservatives and fillers. The rich amino acid pattern maintains muscle mass and supports recovery after performance.