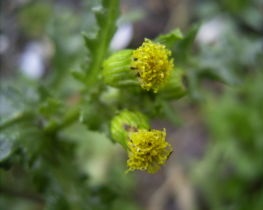 Small herbaceous (Senecio vulgaris) is a herbaceous, annual plant that rises up to half a meter, but usually remains much smaller, around one or two decimeters.

Do you think you have small herbicide in your pasture or do you want to recognize the plant better? By identifying all parts of the plant you can check if you are dealing with this poisonous herb or that it may be a different plant.

The leaves are quite fleshy, elongate and usually cut deep (approximately to half) with short slips. The leaves on the flower stem are seated. Most of the leaves are bald, but some plants may also be spider web-like hairy. Gland hairs are missing and the leaves do not smell like bruised herb (Senecio sylvaticus). The right-hand leaf in the picture is a leaf of blossom angel with one of the first leaves of the plant.

The flower heads are high and not so wide. The turnaround is more than twice as high as wide. The outer reversal leaves usually have black tops. Usually the heads only have yellow tubular flowers. Some of the specimens also have a few ray flowers, which become the subspecies Senecio vulgaris subsp. Hybernicus counted. 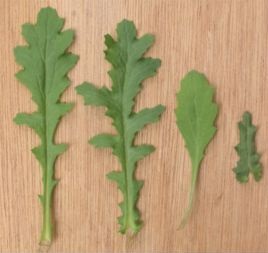 The plant is found everywhere on rural grounds. Because of his stubbornness, he is considered a weed.

Weeds are a plague for many grassland owners. This is because the plant is flourishing throughout the year and because the plant does not need insects by self-pollination. Small herbicide produces several generations in a year. The seeds germinate in spring when the temperature rises above 10 ° C. In other seasons, seeds germinate when it regenerates after a warm period. Also seeds often germinate after a soil cultivation. Because it grows quickly in food-rich conditions it may have formed seeds before the next soil cultivation (such as repeated hatching) occurs. The flowers quickly form ripe fruits, which can be spread by the wind through the fruit platter. It is originally a European species, but as a cultural follower, it is now in a temperate climate worldwide. For example, it has been introduced in North America from Eurasia and appears in all countries and states (except Puerto Rico and the Virgin Islands). 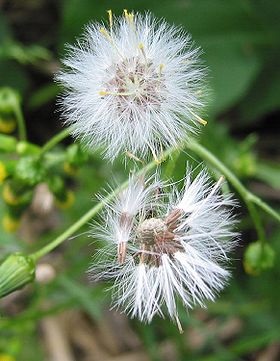 Small herbicide appears to be well adapted to certain specific environments. Along the highways, specimens have been found that have genetic modifications to survive in conditions with high concentrations of salt and brine (gasoline).