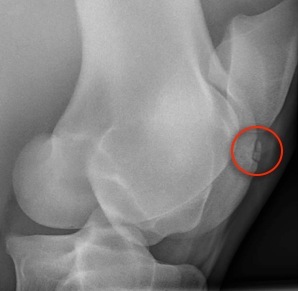 OCD in horses is a common problem.  The disease is a childhood disease found in about 30% of the European horse population. In OCD, heredity, nutrition and movement play a role in horses. OCD is most common in the jump joint followed by the knee joint, the joint and the neck and spine. OCD can run smoothly in horses. However, there is a possibility that OCD causes lethargy at later age and causes permanent joint damage.

OCD in horses is a hard bone fracture that is caused by a growth disorder. In the bone, a crack may occur, which is called OC. When this rupture goes on until a piece of bone loosens and reaches the joint, it is called OCD. Only surgery can solve the problem of OCD.

OCD, or Osteochondrosis Dissecans, literally means the release of pieces of bone or cartilage. Chondron in Greek means cartilage and Dissecans in Latin means release.

The following symptoms may indicate OCD in horses:

The cover service and breeding industry find OCD an undesirable property because there is a hereditary background. In sport it is to the extent of the deviation. Sometimes it's no harm and does not bother a horse. Sometimes the movements get less (lame) or a joint becomes overflowing. Insurance close a joint with loose pieces. First, clinically check a horse or ask to see pictures and consult your vet before buying it to exclude possible OC / OCD problems in the horse.

Read more about Cause OC / OCD.