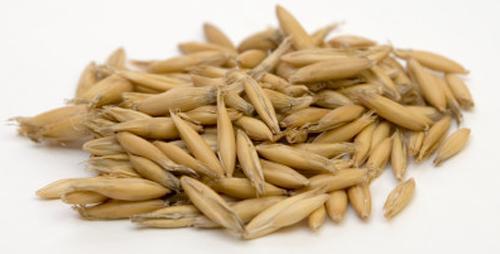 Cereals contain a lot of starch. These can be converted by the horse into energy from the feed. The starch digestibility is different in grain feed. Some grains must be processed first before they are well digested by horses. Cereals are eaten with pleasure, they are nutritious but unilateral. A ration of only grain is therefore not healthy for horses. The most commonly used grains are oats, corn, barley and wheat. More about these cereals can be found below.

Oats is the grain that has traditionally been used to feed working horses. Oats contain more raw fiber and fibers than other cereals. So on oats, horses must chew well, which does the digestion well. Oats have a higher fat content than other cereals that have a good influence on the fur's shine.

Finally, there is always the question about making horses 'hot' with oats. A special fabric has not been discovered yet. It may be due to the fact that the starch is easier to digest in oats, much easier than starch in other cereals. The sugar of the decomposed starch is rapidly fed into the blood afterwards, thus giving rapid energy. Concentrate feed based on oats is Energy Classic of Hartog. The energy from the oats is released quickly, making Hartog Energy Classic suitable towards disciplines such as running and racing, eventing and spring sports.

Maize is originally a subtropical crop, which can now be cultivated in the Netherlands through cultivated cultivation. Maize can be fed in various forms, for example, as corn, crushed corn, broken corn, corn broth or corn flour. 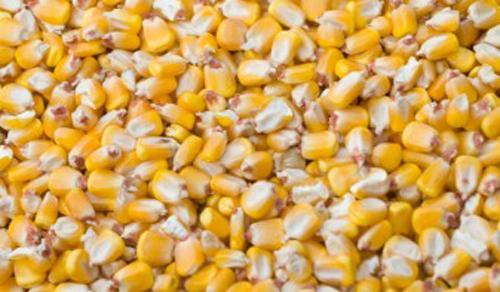 The starch of corn is different from other cereals. The horse can digest this well in the small intestine. With an explosive growth of "wrong" bacteria, the horse can get colic or diarrhea. Whole corn grains are less suitable in the equine ration, they are digested worse in the intestine.

A heat treatment or a special procedure makes the starch in corn digestible in horses. Hartog mais has undergone heat treatment and is therefore digestible. Corn is very energy-rich, low protein and very poor in minerals, so combine with other roughage. Regarding the roughage next to the corn bran, Hartog Lucerne-mix can be chosen to supplement fiber, protein and essential amino acids.

Cutting corn may be structurally related to roughage. The stem, leaf and flask are chopped and hatched. Horses sometimes have to get used to the slightly sour smell and taste of cut corn. Note that cut corn aimed at horses does not contain hatch or mold because it can cause colic.

Because corn contains a lot of energy, but few nutrients, it is known as a thickener. If more starch (this is in corn) is fed, the digestion adapts by making more starch-degrading enzymes. A horse must therefore get used to feeding corn slowly. If a horse is used to it, a horse of 500 kg of, for example, cornbread can get one to two kg a day.

Barley was the main ingredient of our menu during the Middle Ages. Barley can be fed to horses in different shapes, for example, ground barley, crushed barley or whole barley. 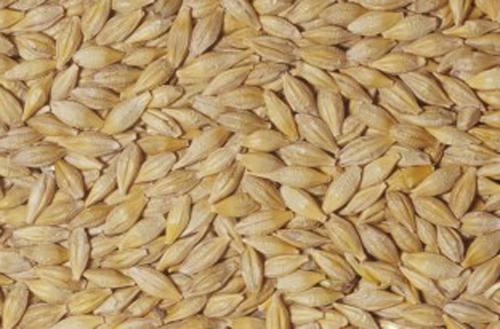 Due to a higher starch content and a lower crude fiber content, barley per kg contains more energy than oats, so you do not have to eat less barley. However, the starch in barley has a different structure than in oats and is therefore slower digestible. To improve the digestion, barley is often crushed or flaked. When carrying whole barley of horses, you must first put it in warm water so that the barley is better digestible. If you loose barley on horses, limit the amount and do not exceed 400-800 grams per barley serving. Barley, like oats, has an uneven calcium-phosphorus ratio, and with a large proportion of the ration, calcium must be supplemented with, for example, Hartog Lucerne mix. The raw barley is very beneficial in the gastrointestinal tract of the horse: it promotes a gradual transport of the slurry through the gastrointestinal tract. Like oats, barley in horses has a boosting effect, only less explosive. Barley is therefore better suited towards expensive performance such as dressage, endurance or men, in connection with slowly released energy. The Hartog product based on barley for horses is Energy Special.

Mixed foods usually use products that remain of wheat, such as wheat bran and wheat flour. Pure wheat on horses is advisable: it is too unilateral, wheat consists mainly of starch. Wheat contains energy content between oats and barley.

The bran is the wheat kernel. Because the thin particles almost do not matter, it is better to feed this wet or damp. Bran stimulate the intestinal movements in a positive way.

A disadvantageous property of pure wheat for horses is that it is clumping or sticking when wet. This means there is a risk of stomach and intestines blocking.

In compound feed, up to 20% wheat for horses is used (200 grams of wheat per kg of feed). Like all cereals, wheat contains little calcium. The ratio of calcium to phosphorus is unfavorable, about 1: 5. But because the digestion can not feed too much wheat, the calcium balance will not be as quickly disturbed (except if the ration contains even more cereals.)