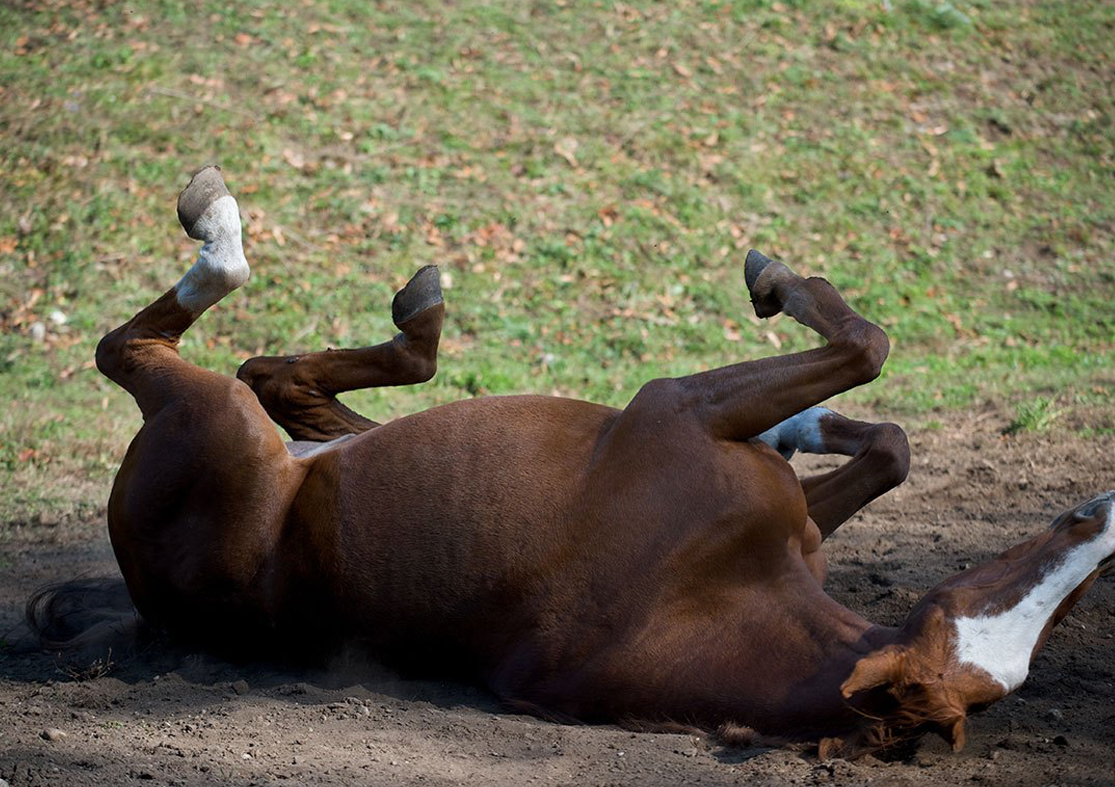 In an adult horse, a bowel in the intestine between the blind and rectum is the most common colic form. A stroke in the gut may be caused by gas in the intestines. If a horse is eating too much, the intestinal contents can go to yeast. Colic is a collective name meaning abdominal pain. In several places in the gastrointestinal tract of a horse, clogging, gas accumulation or location changes may occur, resulting in colic.

Horses in a paddock or a meadow during the day are bored or hungry. Or they unintentionally take too much ground, but rich foods can be the cause. Think of horses that do not leave a sprinkle of straw in the stable. Too much straw can cause a stool in the intestine of a horse, as well as severe worm infection.

In the spring, a significant increase in the number of colic is generally seen in horses. The intestines can give a fierce reaction to the sudden transition to the young spring grass. Too much of food can also cause colic problems because the gastrointestinal tract is not set to handle large amounts of concentrate.

Horses that get too much sand are at high risk of colic. To investigate whether a horse has sand in the bowels and is in risk of colic, you can throw six mushrooms from the middle of a fresh manure in a bucket of water. By stirring all the time and leaving a day, the sand drains from the manure to the bottom. More than one teaspoon of sand is an abnormal amount.

Symptoms of colic in horses are as follows:

What can you do before the vet comes?:

To prevent colic you can take the following measures: